Recently, according to news from a number of scientific and technological media, foreign media announced a poster of the OPPO's new F9 model. The outline in the figure shows that the machine uses a new shaped screen design. According to the introduction, the poster of the OPPO F9 Pro has also been exposed. The picture shows the front appearance of the aircraft completely. Compared to the OPPO R15 and other models, the OPPO F9 Pro does not use a bangs screen similar to the Apple iPhone X. The beauty point design scheme. Earlier, Hammer Technology's flagship phone, Nut R1, had a beautiful screen shape. In this regard, in the author's opinion, compared to Liu Haiping, the beauty tip design helps to increase the screen ratio of mobile phones.

Specifically, in addition to the beauty tip design, the poster information exposed on the Internet also shows that the new OPPO F9 Pro supports VOOC flash charging and has the words "charging for five minutes and talking for two hours." For OPPO phones, "five minutes of charging and two hours of talk" has become its important slogan in previous years. For the VOOC flash charge on OPPO phones, it is the first to be used on OPPO Find 7. As the OPPO Find 7 with 3000 mAh battery, when using VOOC flash charging, you can make a phone call for 5 hours after charging for 5 minutes, and the battery charge of the mobile phone can be directly charged to 75% in 30 minutes. All day. Therefore, for the OPPO F9 Pro, it still hopes to take advantage of the competitive advantages of VOOC flash charging. 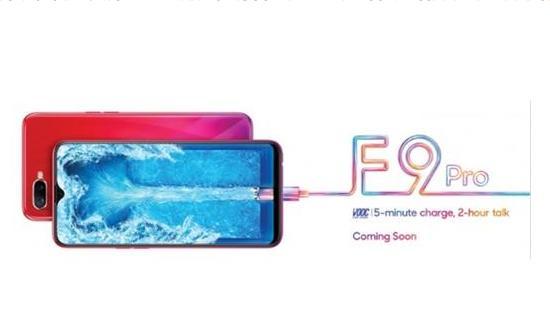 At the same time, for the new OPPO F9 Pro, the back of the fuselage is horizontally side-by-side dual-camera, and the material uses gradient colors. For today's smartphone market, gradient colors are as popular as bangs. For domestic mobile phone manufacturers such as Huawei, OPPO, vivo, and Xiaomi, they have applied gradient appearance on many models. And, for the new OPPO F9 Pro, because there are no fingerprint keys on the front, it is likely to use the rear fingerprint method, or support solutions such as facial recognition. It is worth noting that the appearance of the new OPPO F9 Pro is similar to the OPPO R17 series previously exposed on the Internet. Therefore, in the eyes of the industry, OPPO F9 Pro is likely to be the overseas version of OPPO R17 series. 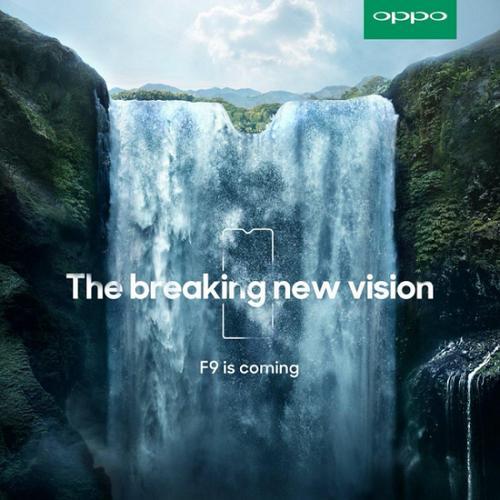 Finally, in my opinion, for the OPPO R17 series, it should be its name in the domestic mobile phone market, and OPPO F9 Pro is its name in overseas mobile markets such as Europe and India. Regarding the release time of this smartphone, before the information broke the news on the Internet that OPPO F9 will be officially listed in August, then F9 Pro should also be released together. In general, if the OPPO F9 series corresponds to the OPPO R17 series, then the former should also be equipped with a Qualcomm Snapdragon 710 processor and provide a version with 10GB of storage. In the mid-to-high-end smart phone market, the configuration of the Snapdragon 710 processor + 10GB storage is undoubtedly highly competitive.