When it comes to Apple iPhone 8, both the small-screen iPhone 8 and the high-end iPhone 8 Plus have been described as unpopular products by domestic media. So how many Apple iPhones are sold? According to statistics of global shipments in September recently, iPhone 8 shipped 4.1 million units in the first half of the month and iPhone 8 Plus shipped 3.77 million units, which dominated the list of high-end mobile phones. 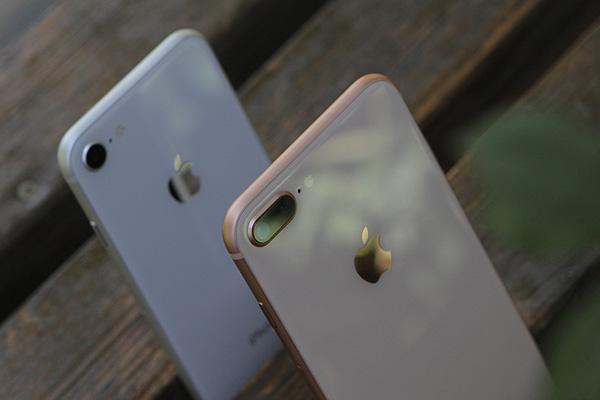 But still evaluate Jun's sentence: The giant is really shrinking, but the absolute number is very large, so it can hold up. Did two mobile phones sell nearly 8 million units in total on Monday? Compared with domestic mobile phones, it is indeed a lot, but Jun Jun cited another number: iPhone 6S sold more than 13 million units in the first week of release, and more than 3 million units in China. In other words, the iPhone 8 combined shipments just over half of this number in two weeks. Is it worthy to say that it is the worst generation? Compared to Apple, Samsung has a solid performance and a wide range of models. Although high-end mobile phones are not as good as Apple's, they have coverage in various price ranges. However, you can refer to this list for reference, and Evaluation Jun is not good at guaranteeing the authenticity of third-party data statistics, and you must refer to other research institutions to draw more specific conclusions. Apple and Samsung dominate the top ten and have no domestically produced positions. The top domestically produced phones on the global list are Huawei P10 and Mate 9. 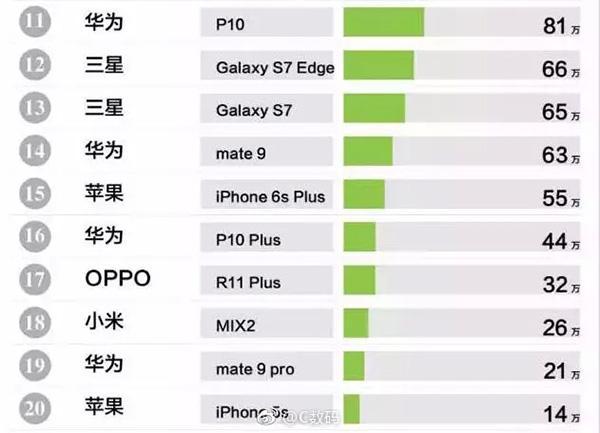 Speaking of Huawei sales, there is another interesting phenomenon. Earlier, the media asserted that Huawei P10 and P10 Plus cut prices and asserted that these two mobile phones were deeply affected by the oil-repellent door and flash memory door, but their sales were not good, but this is not the case. There are already September data in this list. According to the survey results, Huawei ’s P10 sales in June, July, and August were 710,000, 720,000, and 750,000, respectively, and are among the top three domestically produced high-end machines; P10 Plus is 440,000, 430,000, 500,000, ranking among the top five domestically produced high-end. 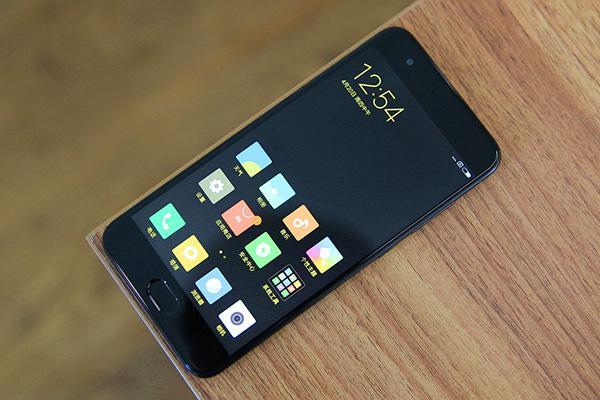 Why is there no Mi 6 in the list? Asking this question must not always look at the evaluation. The high, middle, and low-end of this research institution are completely cut across the price. Although Xiaomi Mi 6 is the flagship mobile phone, it is included in the mid-range mobile phone list because it is too cheap. Evaluation Jun is also very speechless. At present, the mid-range mobile phone rankings in September have not been released, but Xiaomi's shipment data for the past three months is 320,000, 520,000 and 690,000. This kind of climbing data also shows that it is important to have stock. 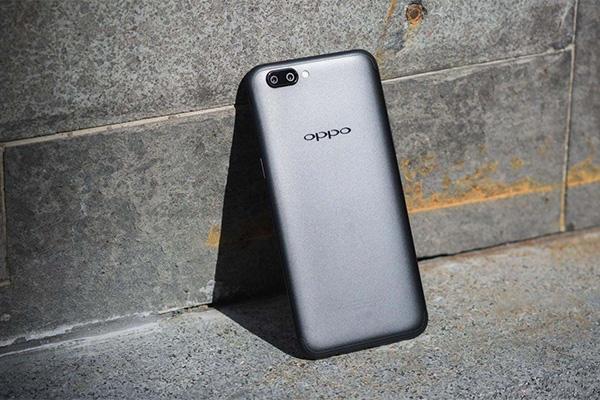 From the list, OPPO R11 Plus is an interesting model. This 6-inch screen "large size R11" has been on the market for 3 months so far, with shipments of 790,000, 580,000 and 320,000 respectively. The decline is a bit fierce, but OPPO R11 is not the case, single-month shipments The volume is casually more than 2 million units, and it is still cruelly crushing other brands, and it is only the R11s that will soon be released.

In short, there are many things that can be studied with data support. Xiaobian first digged out some of the most direct, and others slowly studied. As for the authenticity, as Xiaobian just said, it is better to wait for the data from other institutions to come out and compare it. Now it is only in the general direction. I wonder if the performance of each phone is consistent with the impression in your mind?